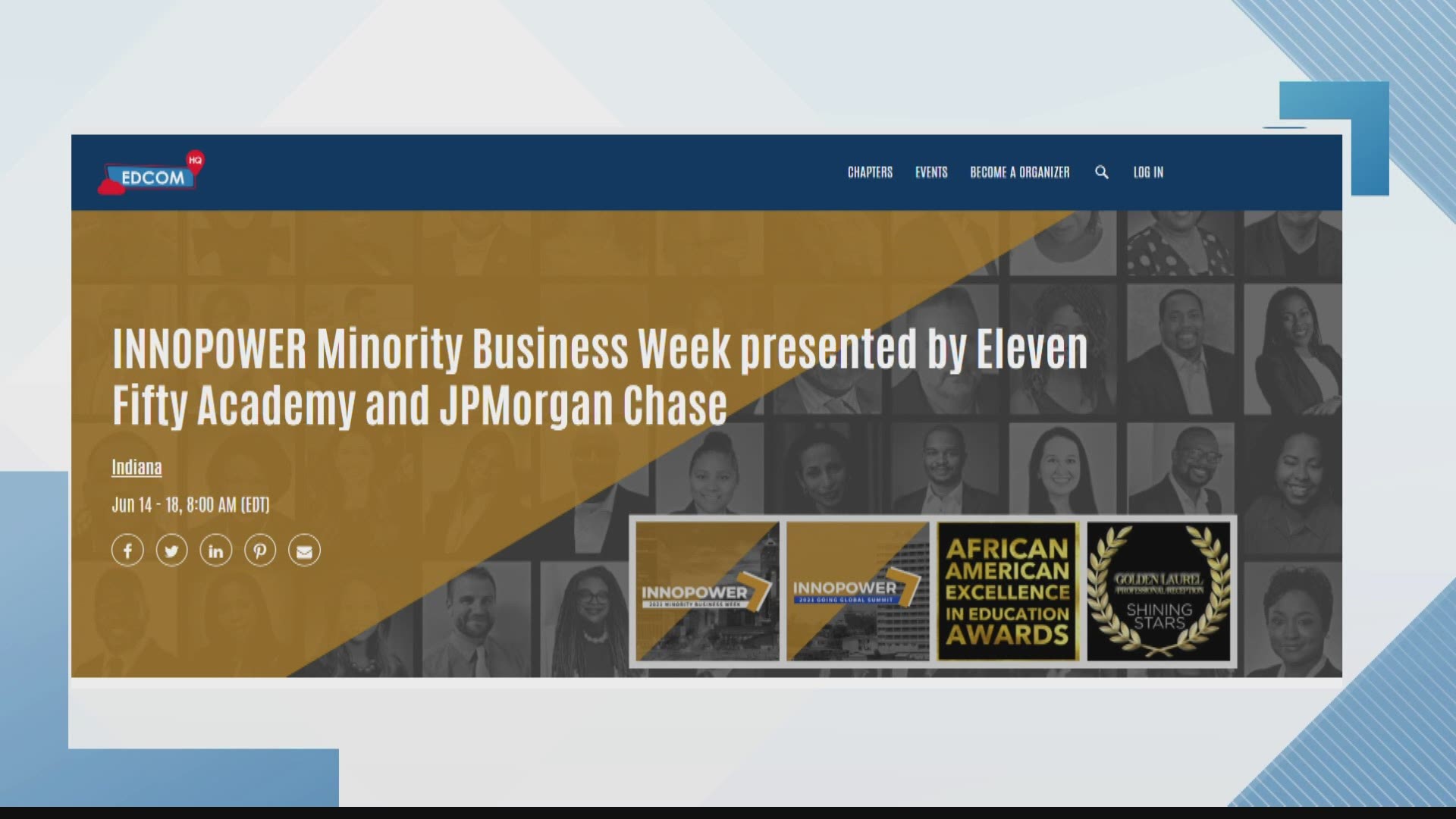 INDIANAPOLIS — One of our country's oldest Black-owned newspapers, based in Indianapolis, is giving entrepreneurs a chance to think bigger.

The virtual event kicks off Monday, June 14, 2021, with an impressive lineup of speakers. Indiana Gov. Eric Holcomb, Indianapolis Mayor Joe Hogsett and U.S. Rep. Andre Carson are all part of the lineup.

The InnoPower summit is open to small businesses, entrepreneurs and even corporate leaders.

NASCAR Truck Series driver Jesse Iwuji will share his success plan and talk about why he had to shake off the haters while pursuing his driving dream. He is currently serving in the reserves for the United States military after his active duty status. Iwuji was recruited to play sports but always had his heart set on racing even though his family moved to the U.S. with little money to support a racing career.

Iwuji is one of the keynote panelists for InnoPower. He plans to share his success story and how to jump the hurdles put in front of you, especially by people who don't believe in your dream.

More than 1,000 people nationwide are already signed up for this year's conference. Registration is free and can be done online.