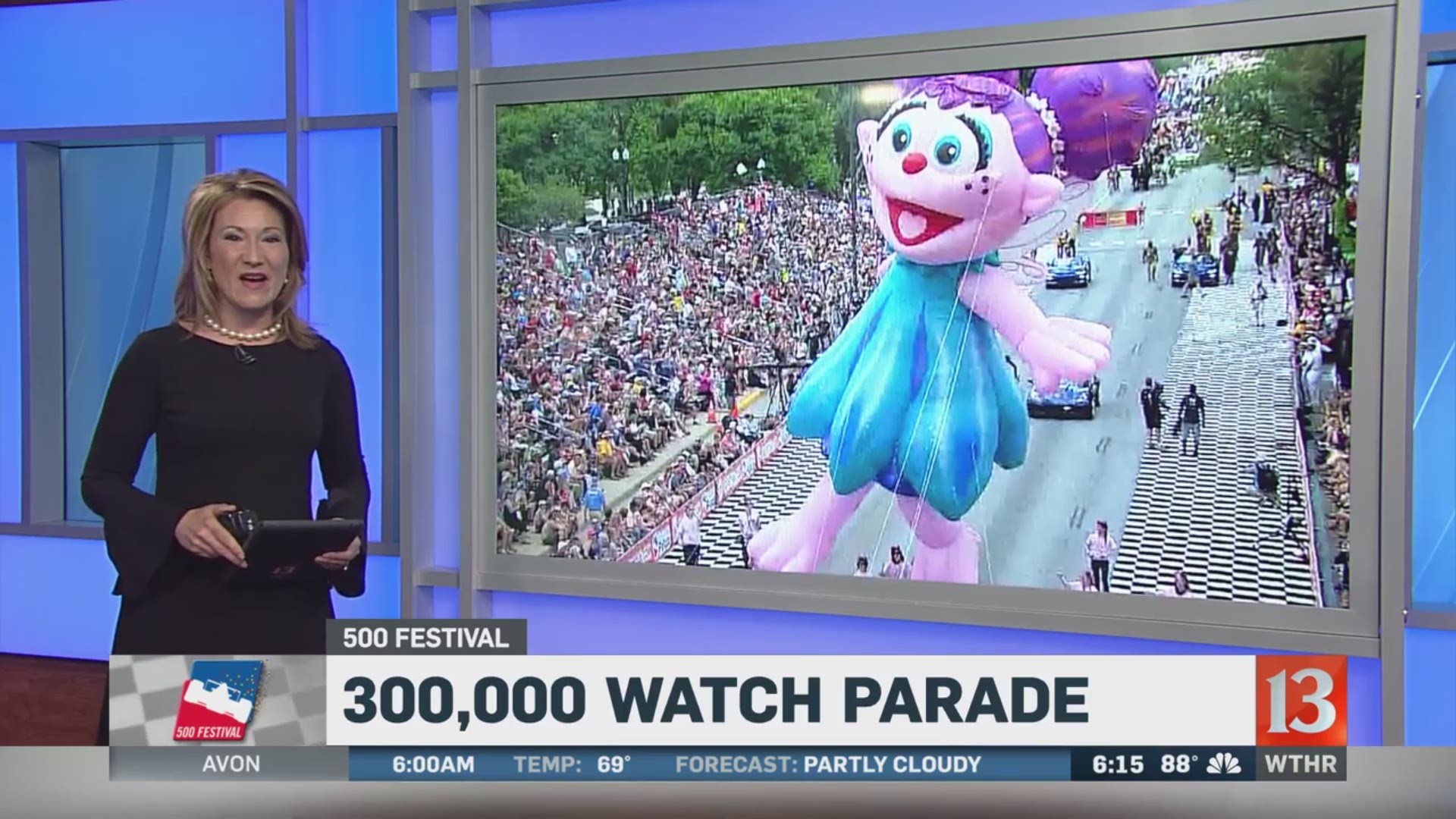 INDIANAPOLIS (WTHR) — The rain held off for the thousands in attendance at the IPL 500 Festival Parade on Saturday. Actors, singers and marching bands joined IndyCar drivers in the build-up to the 102nd Running of the Indianapolis 500.

The annual parade marched down Pennsylvania Street in Indianapolis, turned onto Washington Street before heading north up Meridian Street.

“We like to bring the grandkids, come down and bring enough food and drinks to last us ‘til Monday,” said Wayne Johnson, who lives in Greenwood. “We love to come and watch the parade and the kids enjoy it and we enjoy it. It’s just a wonderful time to celebrate our country.”

Families kept their eyes on the sky for most of Saturday morning, as people protected themselves from stray raindrops before the parade and then struggled to find shade during the event.

After the shooting at Noblesville West Middle School on Friday, parade organizers included a moment of silence.

“There’s way too much violence going on, period,” said Jane Johnson, who lives in Greenwood. “Not only in schools, but everywhere.”

“Being so close to home, it just makes sense that we do something to make sure we were recognizing that and taking that time out,” said 500 Festival President and CEO Bob Bryant.

Abby Abel and Mitch Bonar served as Grand Marshals. They are best friends and inspirational advocates for Unified Sports, which joins people with and without intellectual disabilities on the same team to compete. Abby and Mitch organized and developed a program to help athletes and friends to stay connected after high school, which has taken them to the Special Olympics World Games.

The parade aired live on WTHR Saturday afternoon with an encore presentation Saturday night at 9 p.m.

This year's parade featured 113 total units. IPL has been part of every parade dating back to 1957. The only other organization to appear in every parade is the Boy Scouts.

The list of celebrities who attended is long and distinguished:

WTHR's Alyssa Raymond interviewed some of the celebrities walking the red carpet ahead of the parade.

Some of the U.S. Special Forces team that inspired the film "12 Strong," and the actors who play them, stopped by to talk about the movie and their 500 Festival experience so far.

Indy native actor Doug Jones stopped by and talked about what the Indy 500 means to him.

Hoosier vloggers Kristin and Danny Adams arrived with their children. They create popular videos on their YouTube channel.

Bachelor Ben Higgins, a Warsaw, Indiana native was a big draw for fans of the hit TV show.

Miss America Cara Mund is on her first-ever visit to Indiana. She talked to Alyssa about all her experiences since winning the Miss America crown, including her two-seater ride at Indianapolis Motor Speedway.

You can watch a raw camera feed of the parade here.