Finding employees has been difficuult for Bubba Southern Comforts, forcing the restaurant to close on certain days. 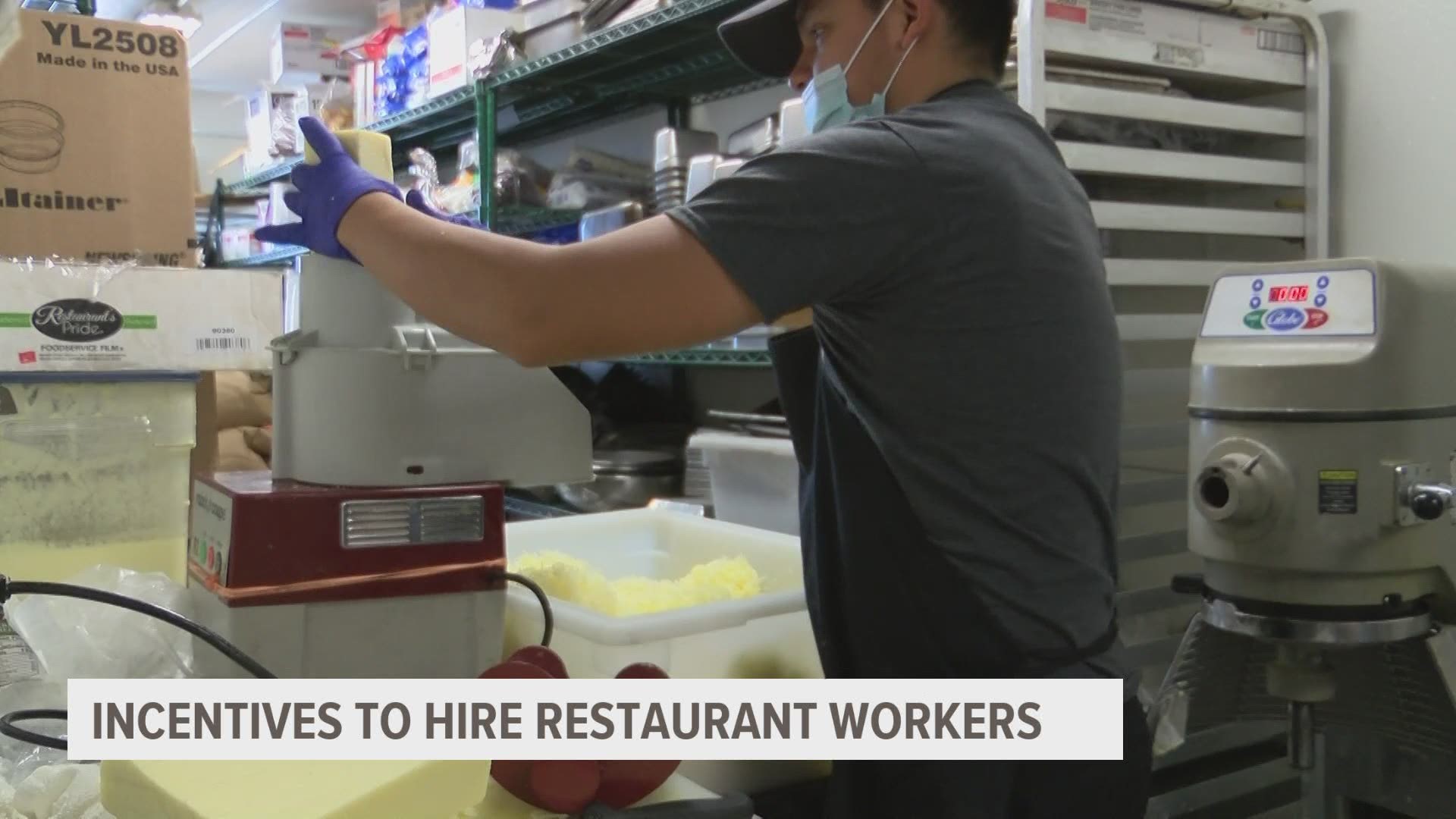 Chris Diebel, the founding partner of Bubba Southern Comforts, has had to keep the restaurant closed all day Monday and for lunch Tuesdays because of the low staffing levels.

"We don't have the people to make this food," Diebel said.

That's because people aren't applying for the jobs he needs to be filled.

The lack of applicants at restaurants is due to the fact they competing against other industries, according to Diebel.

He said many restaurant workers shifted to working in Des Moines' booming construction industry, took jobs at warehouses or were maybe still living off unemployment.

To fill the positions he really needs, like cooks, Diebel decided to offer what he called great incentives.

"We're advertising jobs at 15 to 17 dollars an hour, plus benefits," Diebel said. "So we have 401k, we have health insurance, we have dental and vision, and we have great discounts."

The positions are hourly, so they will not be eligible for tips. The pay and benefits will not be promotional and will stick with employees while working for the company.

RELATED: Restaurant patrons are coming back, but what about employees?

RELATED: What activities CDC says are (and aren't) safe without masks for fully vaccinated

The organization is also launching a campaign in May aimed at making job-seekers aware of the open positions at restaurants.

"It's going to just be a social media and paid media campaign that talks about the very fulfilling and lucrative careers that are available in our industry," Dunker said.

Diebel even said he has paid for advertising on places like Pandora and Satisfy said to attract the right employee.

"We're very fearful that a big block of our labor force just permanently left this industry after the pandemic struck," Diebel said.

he also noted the restaurant is hiring front-of-house workers like servers and hosts as well. To learn more about those opportunities, click here.