'Cobra Kai' mansion in Georgia hits the market for $2.6 million

The dream home, where the LaRusso family lives on the series, is actually in Marietta, Georgia, and not the show’s location of Encino, California. 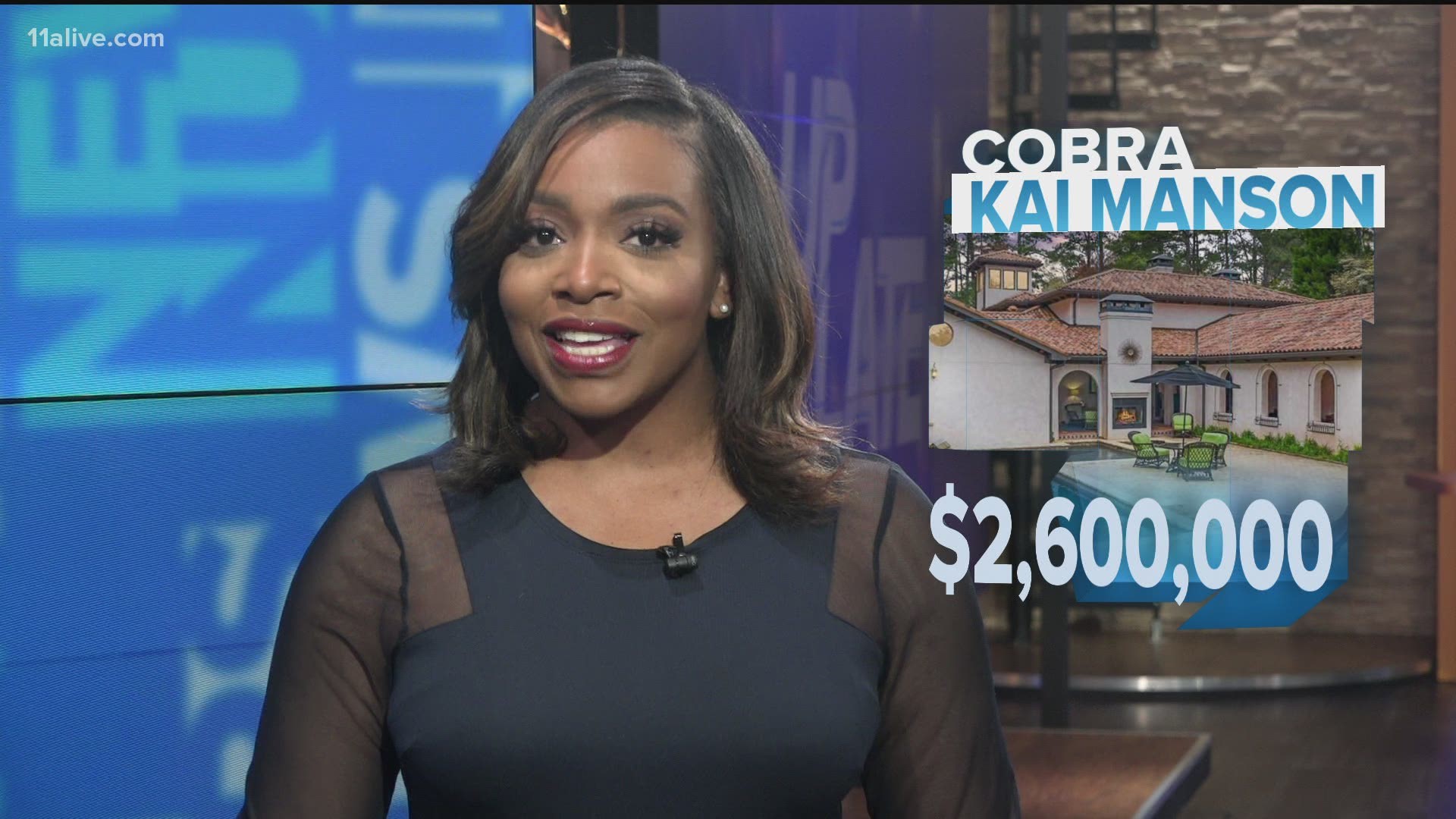 MARIETTA, Ga. — A mansion popularly recognized in the hit Netflix series “Cobra Kai” is now for grabs for a whopping $2.6 million.

The dream home, where the LaRusso family lives on the series, is actually in Marietta, Georgia, and not the show’s location of Encino, California.

According to the Realtor.com listing, Villa Flora located at 130 Woodlawn Dr. NE features six bedrooms and six and a half bathrooms. The lucky person who buys the home will have a ton of room to entertain, as the property is a 9,214- and 1.1-acre lot.

The home was once owned by a couple described as an architect and international chef, the listing states.

“The stunning Tuscan design was inspired by the couple's time living on the Amalfi Coast - a lifestyle which they sought to recreate for their personal home. Despite wanting nothing less than the best, Villa Flora was designed and constructed as a labor of love. During the restoration, every detail was considered - from the Lodowici Terra Cota roof to the Pella doors and windows, no expense was spared, Chad Carrodus, who is listed as the presenter for the home wrote.

The home has always been a destination for high-profile guests including, two sitting former U.S. Presidents to legendary golfer Arnold Palmer.

Producers are currently working on the upcoming fourth season of Cobra Kai, last week casting directors were looking for fresh faces for the production.

The Wrap reports season three reached No. 1 overall on Netflix in 28 countries and reached the Top 10 in 85 countries, following its release. Between all three seasons that have aired thus far on Netflix, 73 million households have watched some of “Cobra Kai.”

The series picks up where the popular 1980’s hit film “The Karate Kid” takes off. The continuation of the inescapable conflict between Daniel LaRusso (Ralph Macchio) and Johnny Lawrence (William Zabka) picked up as a YouTube Original series.

The first two seasons of "Cobra Kai" aired on YouTube's premium service before Netflix picked up the series in its third season. Season three found everyone reeling in the aftermath of a violent high school brawl.

“While Daniel searches for answers in his past and Johnny seeks redemption, Kreese further manipulates his vulnerable students with his own vision of dominance. The soul of the Valley is at stake, and the fate of every student and sensei hangs in the balance,” according to Netflix.