Dixie is known around Indianapolis as "The Praying Dog." 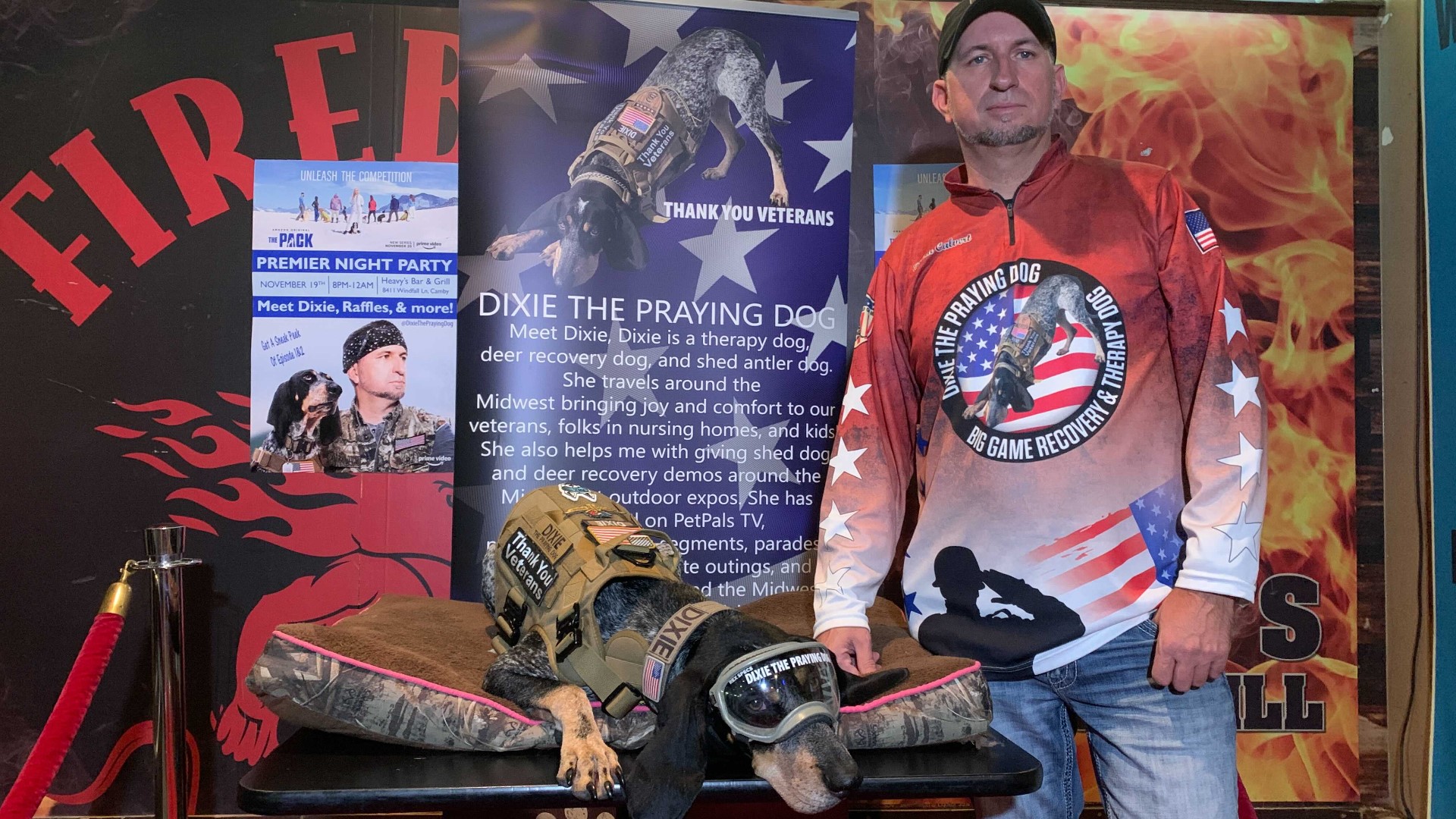 INDIANAPOLIS — A truck driver from Camby and his dog are about to become TV stars.

"Never in a million years did I think I'd be able to travel the world with my dog,” said Calvert in the official trailer for the show.

But Calvert did that with his five-year-old bluetick coonhound early this year, competing against 11 other dogs and their owners in adventure challenges in multiple continents. The 10 episodes of Season 1 are hosted by Olympic gold medalist skier Lindsey Vonn.

Dixie is known around Indianapolis as "The Praying Dog." She poses with her head to the ground and her hind end in the air as if bowing to pray. Dixie serves as a therapy dog, comforting veterans and many others at events throughout the community. She helps raise money for Indy Honor Flight  and other charities.

Credit: Brian Calvert
Dixie the Praying Dog is a Bluetick Coonhound who likes to pray.

"I’m always proud of Dixie for what she's done here in our community and around the Midwest,” Calvert said. “But to see her get out and in front of the camera and just not miss a beat - she kept doing what she always does, making everybody love her."

Calvert lost three dogs in a house fire eight years ago. About a year later, he spent 10 days in the hospital after falling out of a tree stand while hunting. Dixie gave him new purpose.

"If it wasn't for all the hardships we went through, we wouldn't be going through the good stuff now,” Calvert said. “So, we just never gave up and you'll see that on the show: a lot of that never giving up."

Calvert can't give away too much about how he and Dixie performed. But the winners of the Pack take home $500,000, with another $250,000 for their animal charity of choice.

Brian and Dixie competed for the Central Indiana K9 Association.

You can see how they did as all 10 episodes of "The Pack" are available for streaming on Amazon Prime Video November 20.