Addison Agen: After 'The Voice'

Addison's been launching a nationwide singing career from a kitchen in her Indiana home. 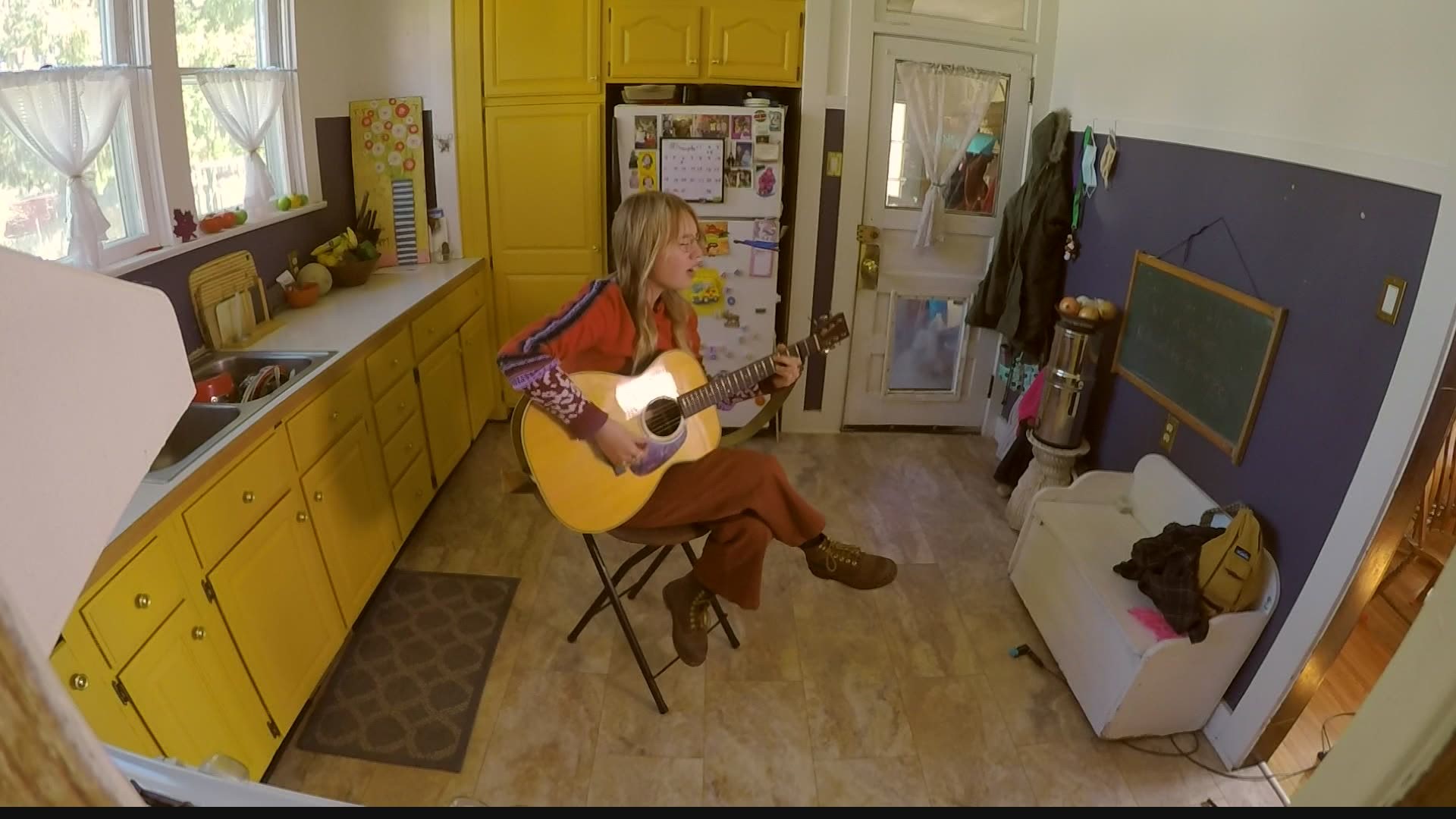 FORT WAYNE, Ind. — A new season of "The Voice" is now underway on NBC. The hit show discovers talented singers from all over the country and Hoosiers have been well-represented in past seasons. That includes Indiana's own Addison Agen, who wowed the celebrity judges and became runner-up on Season 13.

But what happens after "The Voice"? How do the newly discovered singers navigate the music industry to hit it big, on their own? 13News caught up with Addison, three years later, to see how she's doing and how her star is rising, even amidst a global pandemic.

She's been launching a nationwide singing career from a kitchen in her Indiana home. For Addison, it's working.

She's spent the past three years writing, recording and fine-tuning her talent, after her very high-profile start.

"It's been amazing for me to really be developing my own ideas and watching them come to life," Addison said. "That's been the coolest thing throughout these past years, just figuring out this niche that I want to be in, you know?"

Addison first captured America's attention at age 16 in 2017, turning chairs and earning fans with Team Adam on "The Voice."

"When I perform, they still put up like 'someone from The Voice' or people are excited like 'oh my gosh, I watched you on The Voice!' even from three years ago. So it really doesn't feel that long ago. Obviously at the same time I'm like 'oh my gosh, that little girl that was on tv oh my gosh what was she thinking? Was she OK?'" Addison said. "Such a cool experience and I learned so much and I feel like I grew up. It sort of jolted me to like say 'hey you can actually do this. This is a real career.'"

But what's it like, after "The Voice"? How do you actually make it, when those bright lights dim?

"You just get off of this huge machine that's doing everything for you. It's great. They're raising you up. It's amazing and super fun. Then you get off and you're like 'OK, now I have to figure out how to get that machine for myself and work that up and make sure I'm still passionate about it at the same time,'" Addison explained. "I really wanted to figure out how this happens — being a musician, all of the corners of this job, I wanted to hands-on learn about them." 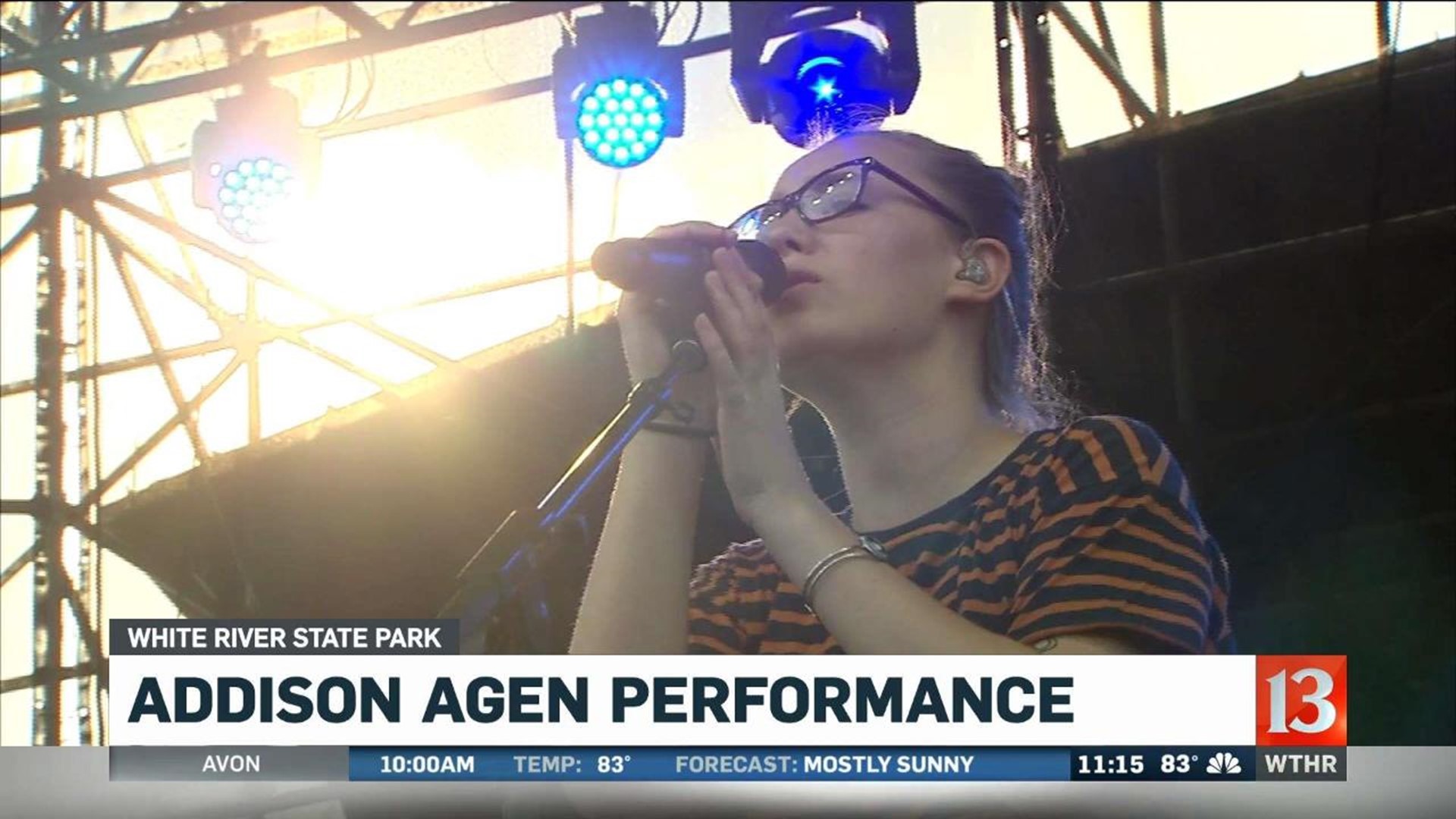 Since the show, Addison graduated high school. She's now in college studying graphic design, and she's also crafting her career as a singer-songwriter.

In Fort Wayne, Addison formed a band, raised more than $30,000 through Kickstarter to record an album, and she performed with some really big names in the Midwest.

She opened a concert for the Bacon Brothers and opened four shows for Bob Seger and the Silver Bullet Band in Detroit last year.

"They really liked my original stuff and they offered for me to open in Bob Seger's hometown, which was so crazy. So 15,000 people, outside, huge theater and me and my band were just playing some folk songs! And it was a blast and something I never thought would happen," Addison said.

The trajectory for this Hoosier was headed skyward, but then as she was set to go on tour and record her album, the COVID crisis hit.

Crowds and concerts got shut down.

"Oh my gosh yeah," Addison said of the pandemic's impact on launching her career. "It definitely put a halt on the recording. We did lots of monthly Zoom shows and we had a whole east coast tour that had to get canceled. I was so excited to have people see me and connect with my songs in person but they did end up getting canceled, which was such a bummer. But it is, was, definitely the smartest and safest thing to do."

Addison adapted, kept performing online and this spring, she's releasing her album and a music video, which was filmed in the kitchen of her family's home.

Credit: WTHR
Addison Agen singing in the kitchen of her Indiana home.

She wrote all 12 songs, including a stunning, soulful single that will be released first, called "My Kitchen Floor."

"I'm really passionate about writing, so that was really important to me," Addison said. "It's a super hopeful album of telling my stories of family. There's a song called 'My Kitchen Floor' about the experience of growing up and all of the things that mean so much to you, like this table. Who would have thought this table or the kitchen floor would mean so much to me? And these things know so much about me from when I was young."

Addison said she's grateful for the public start she got on "The Voice" and now, she's excited to create her career beyond the TV show, as a professional performer, finding her own voice.

"To have something in my name that is my story for people to connect to, that's definitely the dream," Addison said.